Cheers from the Ogilvie Mountains!

Hey, all — I have returned from the Yukon Territory and I want to share with you at least SOME of the highlights regarding my fieldwork there. Ingrid Jordon-Thaden and I summarized most of it in our recent post on Experiment.com (click here to see the lab note), but I wasn’t able share all of the pictures that I wanted to share there — my administrative privileges on Claytonia.org allow me to expand a bit here 😉

So what did I see, exactly? Oh gosh, I collected a fair amount of Silene, a few Androsace septentrionalis seeds and vouchers, at least a few Boechera, and I even grabbed an endemic Claytonia to make the trip VERY worthwhile. Claytonia ogilviensis (two pictures below) was my main target, so I was very glad that we were able to collect it. I found at least one population, but I also got the opportunity to sample from some recent herbarium specimens where C. ogilviensis has been collected outside of the range from which it was originally described, each with a slightly different morphology (and geology) to boot — I am VERY excited to see how this all fits into the phylogeny I am developing (with help from collaborators) for Claytonia Section Claytonia. 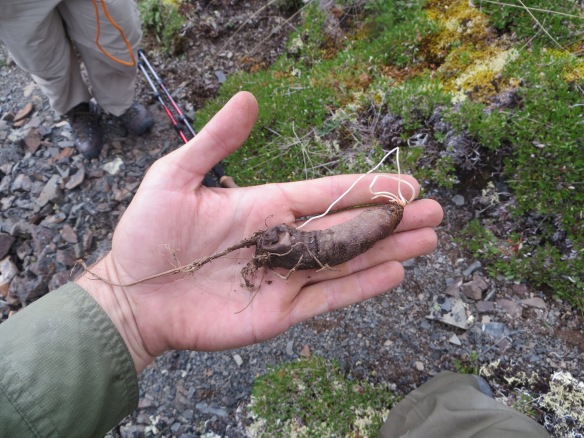 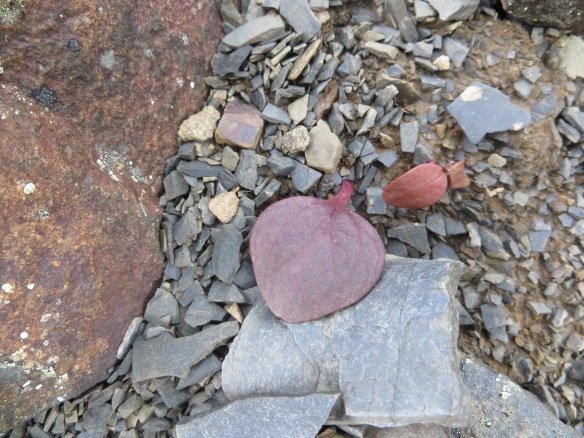 Based on my recent observations in the field, and from scanning herbarium specimens collected all across western North America, I can tell why many people have suggested that Claytonia ogilviensis (pictured above) may be closely related to C. umbellata (pictured below). It doesn’t help that I am not EXACTLY sure about who the REAL C. umbellata is, considering I collected four distinct genotypes (each with their own distinct morphologies) all within about 20 air miles of the vaguely described type locality. To make matters worse (read about it here), my collaborator has found another distinct lineage of C. umbellata in eastern Oregon that is nearly identical (genetically) to the Ogilvie Mountains endemic (C. ogilviensis) that I just collected… Claytonia is a tough cookie to crack! 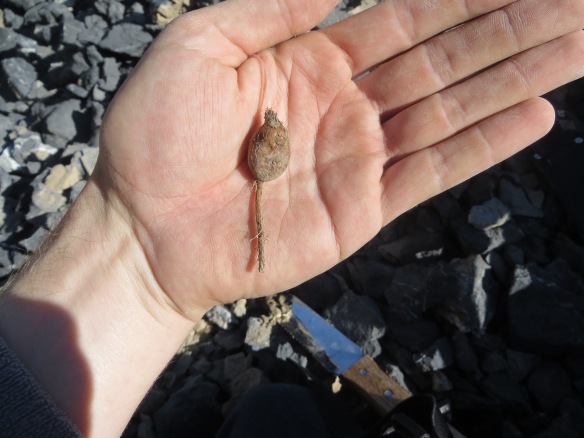 Tuber from individual of Claytonia umbellata in the Diamond Mountains, Nevada.

Basal leaf of Claytonia umbellata from the Diamond Mountains, Nevada. 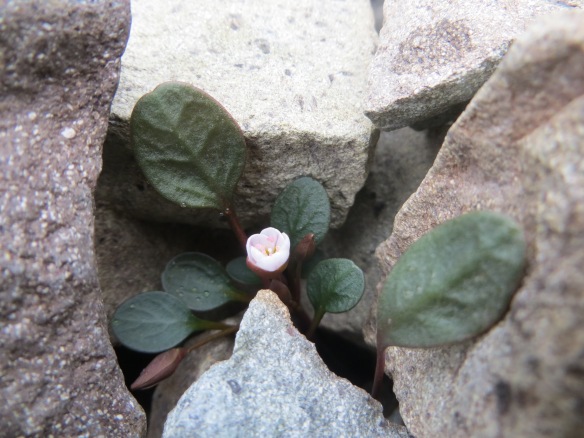 Basal and cauline leaves of Claytonia umbellata from the Pine Nut Mountains, Nevada.

Aside from collecting the narrow endemic Claytonia ogilviensis in the Yukon Territory, I also found an interesting population currently treated as C. tuberosa (pictured below) in the area of Keno Hill. In my most recent nrITS phylogeny, it appears that these plants may be more closely related to samples of C. multiscapa from the Rocky Mountains than they are to other samples of C. tuberosa collected just to the west in Alaska — I don’t yet have chloroplast data to support this relationship (the Idaho area C. multiscapa sequences are from GenBank).

Face-view of flower of Claytonia tuberosa s.l. from the top of Keno Hill, Yukon Territory, Canada.

Lastly, I got to see and collect a VERY beautiful Claytonia in the Kluane National Park, a member (and my first sample) of Section Rhizomatosae — Claytonia sarmentosa (photographed below). This rhizomatous perennial seems to really prefer talus slopes, not unlike C. ogilviensis, C. umbellata, and the C. “peirsonii” complex. 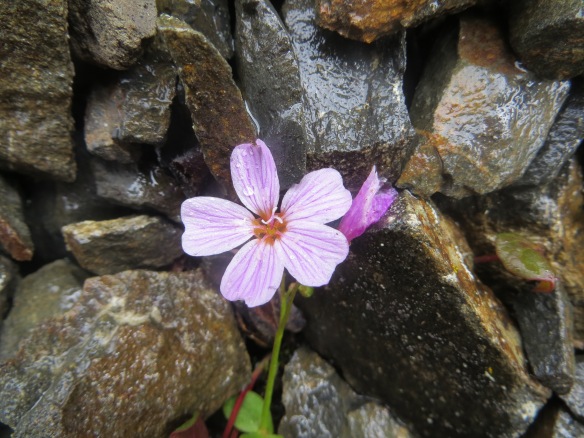 Face-view of flower of Claytonia sarmentosa from the Kluane Ranges, Yukon Territory, Canada. 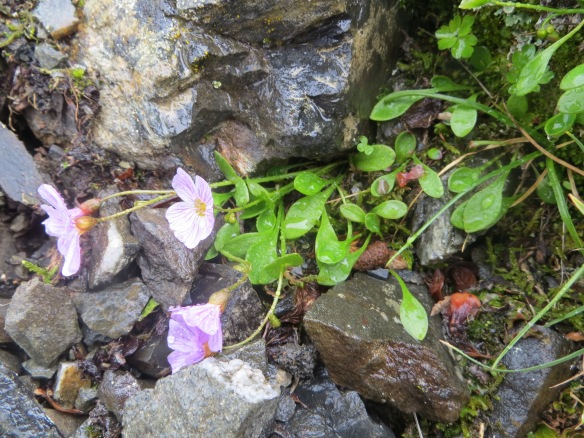 It was a great trip, but I’m glad to be home — with school about to start, and another spring season just around the corner, it is time to REALLY get some work done!!!

Up Next = Molecular lab + Herbarium work.